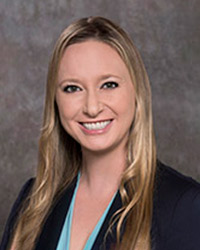 Alissa Bjerkhoel received her B.A. from the University of California, Santa Barbara and her J.D. from California Western School of Law. She currently holds the position of Supervising Attorney at the California Innocence Project where, in addition to her own case load, she supervises six law students and more than 100 cases each year. Bjerkhoel has served as counsel on numerous criminal cases.

Bjerkhoel has received the Joe & Denise Walsh Excellence in Advocacy Award (2006), Post-Conviction Lawyer of the Year from the Criminal Defense Bar Association of San Diego (2006, joint award), the Hugh P. Chindlund Law School Service Award (2008), the Wiley W. Manuel Award (2007), the Adrianne Baker Fellowship (2010), and was most recently recognized by the San Diego Daily Transcript as a "2011 Young Attorney Finalist."