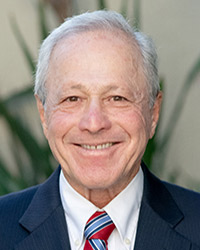 Bob Bohrer is a Professor of Law at California Western School of Law where he has been a member of the faculty since 1982. Professor Bohrer practiced with the Chicago law firm of Bell, Boyd & Lloyd before returning to academia. Since 1984 he has focused primarily on the legal issues raised by developments in biotechnology and pharmaceutical policy.

Professor Bohrer was one of the first full-time law teachers in the United States to concentrate on the emerging area of biotechnology law. His current research is focused on the way in which drug development and use is influenced by a number of areas of law, including FDA approval, patent law, insurance and reimbursement, and the First Amendment commercial speech doctrine. Professor Bohrer’s extensive experience in biotechnology and pharmaceutical policy include serving as chair of the Biolaw Section of the AALS (2015), membership on the Emerging Technology Research Advisory Committee (ETRAC), Bureau of Industry Security at the U.S. Department of Commerce (2016-2018), and the Council of the ABA Section of Science and Technology. Professor Bohrer was executive editor of Biotechnology Law Report from 1999 to 2011. In addition to traditional law reviews, he has been published in Nature Biotechnology and The New England Journal of Medicine. (Correspondence).

Professor Bohrer’s first book, From Research to Revolution: Scientific, Business, and Legal Perspectives on the New Biotechnology (1987), was one of the first interdisciplinary examinations of the many issues raised by the commercialization of molecular biology. His second book, A Guide to Biotechnology Law and Business (Carolina Academic Press 2007), was the first single-authored treatise on biotech law. His articles have been quoted in the text of a U.S. Supreme Court opinion (City of Richmond v. Croson, 488 U.S. 469 at 491 (1989)) and major law school textbooks on product liability and environmental law.